Kinston, NC – In the early morning hours of Saturday, June 20th, at approximately 1:30am, North Lenoir Fire & Rescue was dispatched to a structure fire at Lenox China on Dobbs Farm Road. The first arriving Officer advised smoke and flames were visible from the roof. Upon investigation, crews determined that the fire originated in an exhaust pipe from a Decorating Lehr and spread to the insulation and rubber membrane on the roof of the structure. The fire was quickly suppressed and the majority of the damage was contained to the roof. Lenox China staff used extinguishers in an attempt to control the fire prior to the arrival of the fire department. 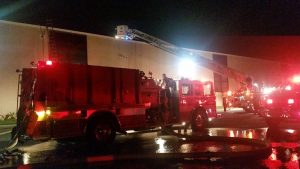 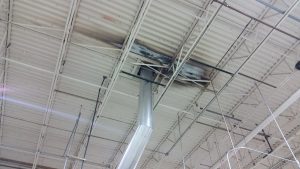 Several NLFR firefighters gather outside of the La Grange Guns-N-Gear store while working to contain a structure fire at that location on Tuesday night.